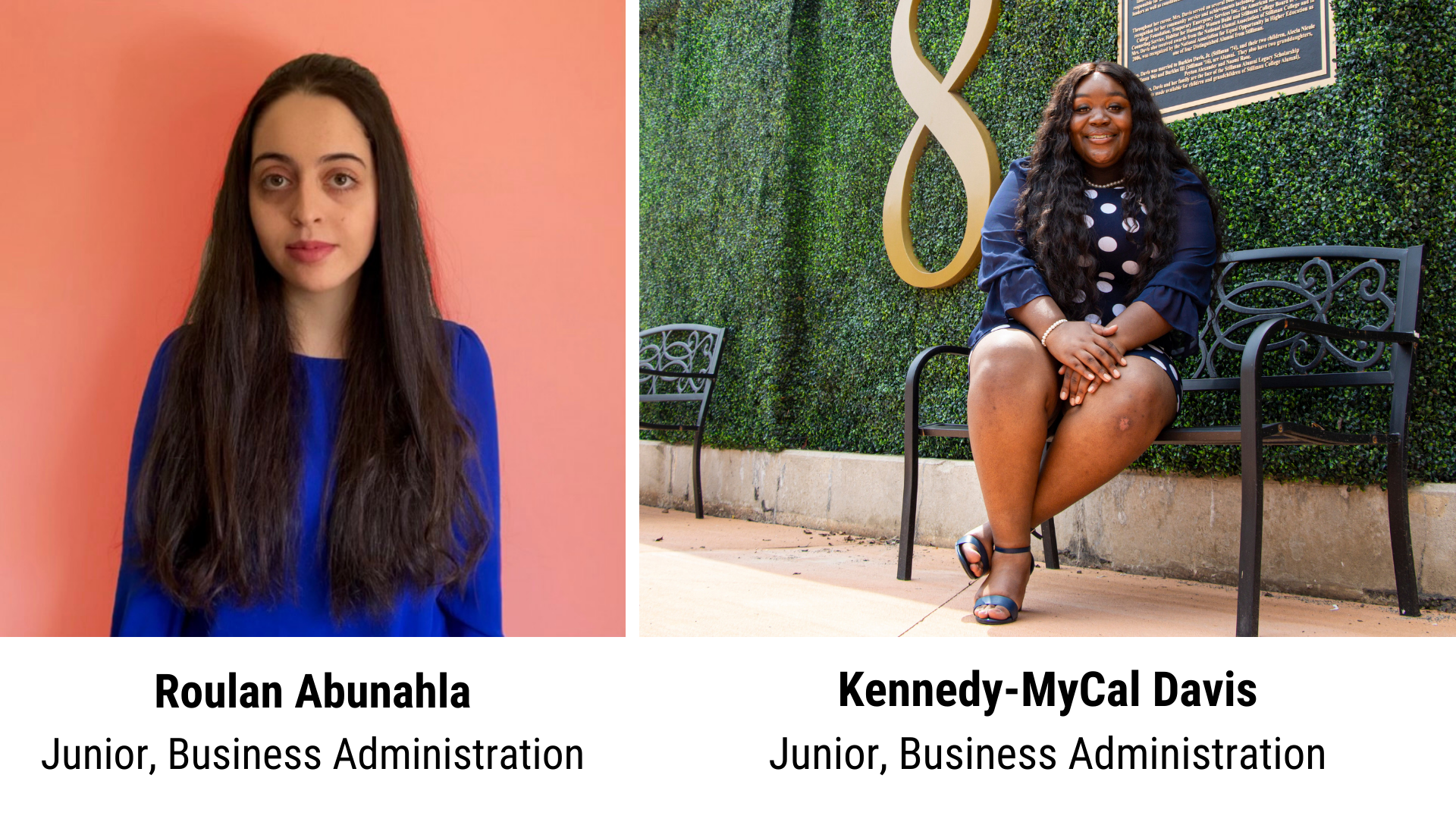 TUSCALOOSA, Ala. — The White House has selected two Stillman College students to its 2021 HBCU Scholars Initiative.

Over the course of the academic year, Davis, Abunahla and more than 80 other HBCU Scholars across the country will serve as ambassadors of the Initiative at their respective institutions. The Initiative will provide scholars with information about the value of education as well as networking opportunities. Scholars can also share these resources with their fellow students.

Through their relationships with community-based organizations and public and private partners, all of which are gained through this recognition, scholars will also share promising and proven practices that support opportunities for all young people to achieve their educational and career potential.

“I wasn’t expecting an opportunity like this when I came to Stillman,” Abunahla said. “I never thought I’d have a chance to be part of a program like this.”

Over the last two years, Stillman had only one HBCU Scholar. Stillman President Dr. Cynthia Warrick said the college’s increased presence in the HBCU Scholars Initiative this year demonstrates “the competitiveness of our students for this national honor by the White House.”

The objectives for the Initiative align perfectly with the goals both Davis and Abunahla have for themselves and their classmates at Stillman College. For instance, Davis is a member of the first cohort of the President’s Cyber Corps and is keen to help grow Stillman’s cyber initiative.

Additionally, Davis’ campus engagement has increased dramatically since her freshman year, from serving as sophomore and junior president, and senate president twice in Stillman’s Student Government Association, to serving as a teacher’s assistant in the cybersecurity program.

“Stillman notices when its students are motivated and involved, and they work with you to help reach your goals,” Davis said. “You can’t say that about a lot of schools. For instance, I know Dr. Warrick on a personal level. So even though I was surprised when I was nominated and later selected, it feels really good to be recognized for your dedication.”

Conversely, Abunahla is eager to begin making her campus connections and putting her enterprising ideas into action. She enrolled at Stillman through the long-running Amideast program, a non-profit organization that bridges students from the Middle East with colleges and universities in the United States. And though she’d previously studied in the U.S. as an exchange student at a high school in Oregon, she was keen to acclimate to the unique and vibrant culture of HBCUs and the Deep South.

“It did take a while to adjust to the new environment and to get to know people,” Abunahla said. “And, just as I was starting to get involved and beginning to make friends, COVID happened. So I’m excited about making more connections this year.”

Abunahala was selected to the Harte Honors Club during her freshman year and plans to explore recycling and sustainability initiatives on campus, particularly at the student club level. She also hopes to continue developing her strong relationships with faculty.

“I’m working really hard and have good relationships with professors, and I’m working hard to be engaged, get internships, and get everything I can out of college,” she said.