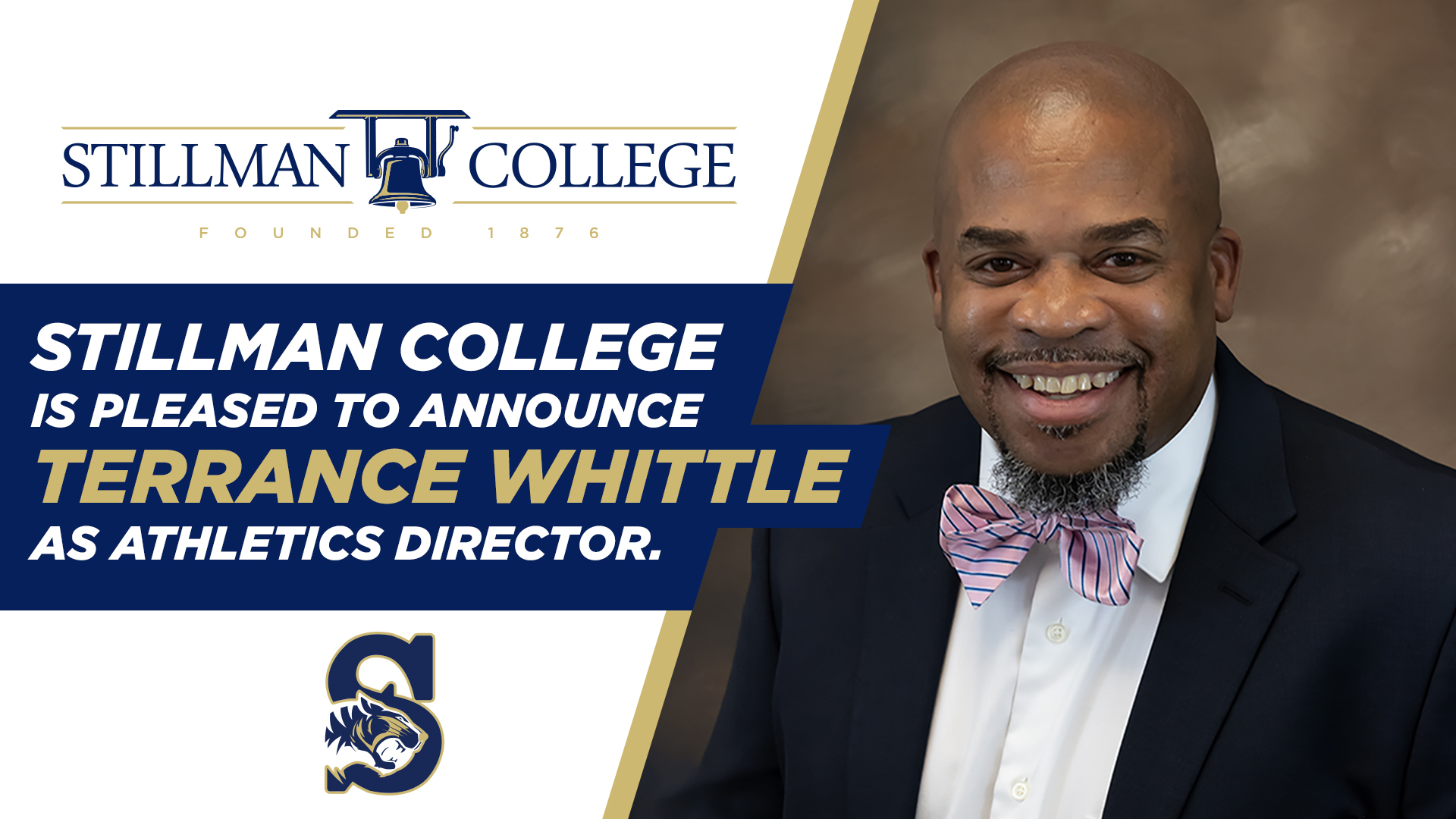 Whittle will replace Ken Alston, who was recently named associate athletic director at Saint Xavier University in Chicago. Whittle will continue in his role as Stillman’s head baseball coach.

Whittle has served as Stillman’s head baseball coach since the 2017-18 academic year. In addition to coaching, Whittle was involved in game management for Stillman Athletics home events and assisted in athletic administration duties. He serves on the Southern States Athletic Conference’s Striving For Equality (SFE) Place Committee and will become Stillman’s Champions of Character liaison to the conference.

“I am grateful and humbled by the support and trust that has been show in me by our President Dr. Cynthia Warrick and Vice President for Student Affairs Dr. Gardner in choosing me to steward the Stillman College Department of Athletics,” Whittle said. “Ken Alston established a dynamic culture under his leadership, and all who worked with him are better leaders and professionals because of it. It is my goal to continue building upon the legacy of my immediate predecessor and others who have come before me. I believe in transparency and cooperation, and I look forward to working with our coaches and all stakeholders of Stillman College athletics to provide the best possible experience for our student-athletes.”

“All of the conference members know him and think highly of his fairness to all sports and his demonstrated leadership skills,” Warrick said.

Alston’s departure comes after four years as athletic director. During his tenure, he oversaw Stillman’s transition to the Southern States Athletic Conference and helped grow the athletic department with the hiring of additional staff, reestablishment of men’s and women’s cross country and track and field programs, and planning for future sports additions. He served as chair of the Southern States’ SFE Place Committee, as well as various committees on campus.

“I am very excited to see Coach Whittle in his new role, one that he has already grown into,” Alston said. “The Stillman College Athletic department is in more than capable hands. Though it saddens me to leave, I’m extremely happy and thrilled to see AD Whittle become the amazing administrator I know he will be.”

“[Alston] provided the leadership for transitioning to the Southern States Athletics Conference and was recognized by the Conference and his peers for his commitment to student-athletes,” Warrick said. “He will be missed.”

Prior to joining the Stillman College staff in 2017, Whittle spent 16 seasons as head coach at Elizabeth City State University. He began his coaching career at his alma mater, Virginia State University. During his time in NCAA Division II, he served a decade on the NCAA Division II South Atlantic Regional Advisory Selection Committee, including chair in 2008. He served five years on the NCAA Division II National Baseball Committee and was president of the CIAA Baseball Coaches Association from 2001-2005. In addition to college coaching, Whittle served as envoy coach for Major League Baseball International from 2002-2010, helping scout South Africa’s first World Baseball Classic and Olympics participant team, also serving as a technical advisor to the Nigerian national team during the All-Africa games. In January 2004, Major League Baseball International presented Whittle with the Julio Puente Envoy Coach of the Year Award. He also spent time coaching in Germany in 1999.

A native of Petersburg, Virginia, Whittle attended Chowan University – then Chowan College – before transferring to Virginia State and earning his degree in 1994. He received a master’s in education at Cambridge College. He has three children: Jamila, 28; Bilal, 21; and Shari’ah, 18.

“Terrence Whittle is the perfect person to move the athletics department forward,” Hall said. “He has seen Ken’s work and is very experienced as a coach. He has many of the same qualities [Alston]: humble, organized and wants to see Stillman flourish moving forward. It speaks well of Ken and Dr. Warrick to promote from within with very little disruption to the overall administrative work for the department.”

Stillman College will begin its 2021-2022 athletic calendar Sept. 3 with the beginning of the 2021 men’s and women’s cross country season.