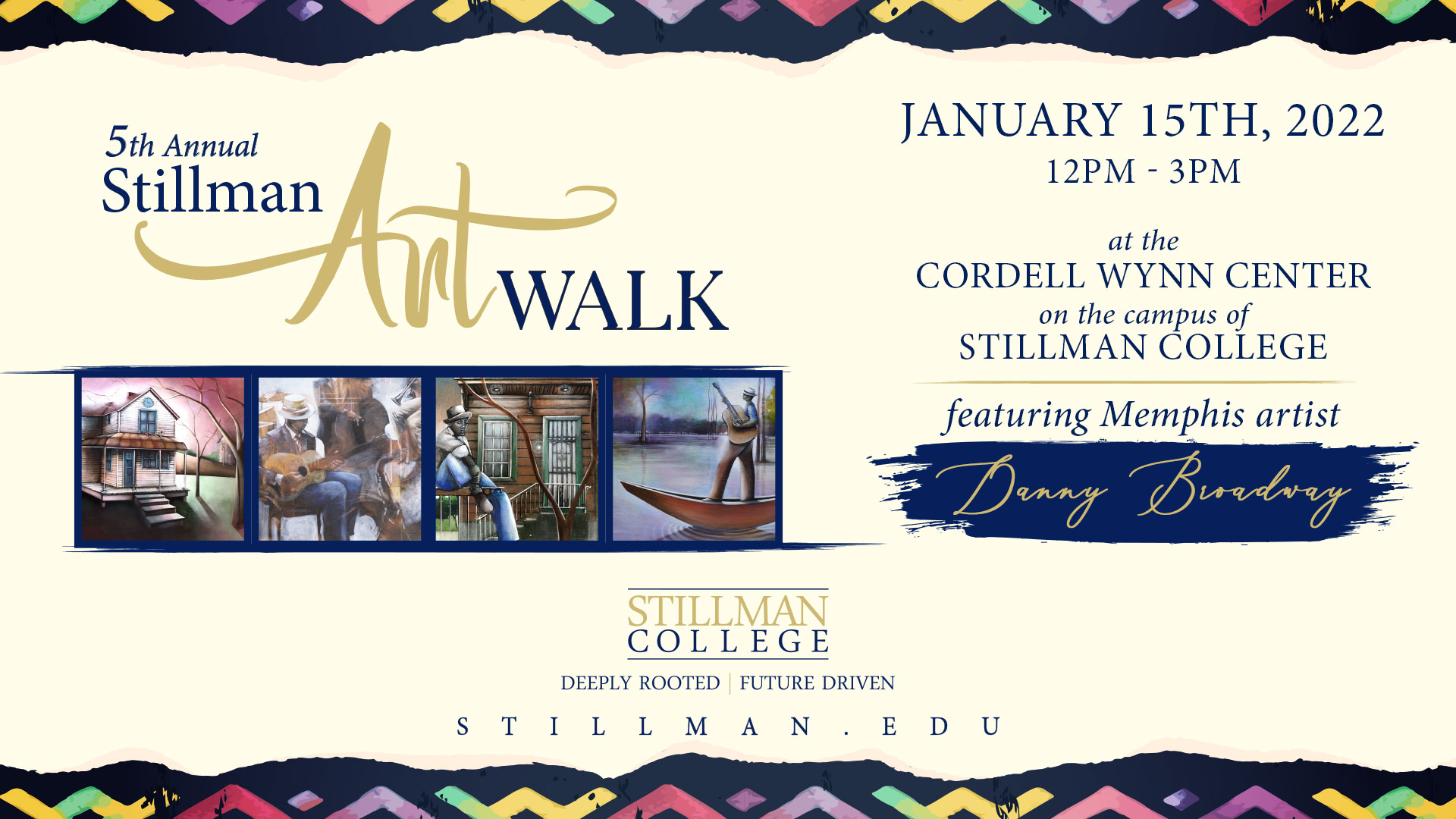 TUSCALOOSA, Ala. – Danny Broadway will showcase a variety of his pandemic-inspired artwork when he visits Stillman College for the fifth annual MLK Legacy Art Walk on Jan. 15.

Broadway’s work is typically inspired by Black history, family stories, current issues and people, and the last two years of the COVID-19 pandemic have brought themes of “singularity and solitude” into a newer, more unique focus, he said.

“It’s more subliminal instead of literal, but it comes out in the creative process,” Broadway said of his new inspirations.

Broadway will display between 12 to 20 pieces of his most recent works in the Cordell Wynn Fine Arts Center from noon to 3 p.m. Saturday. The gallery is free and open to the public.

The MLK Legacy Art Walk was created to showcase artwork that reflects Black history and culture and works created by Black artists. The event was held virtually in 2021.

“I’m approaching the Art Walk with a lot of positive anticipation,” Broadway said. “I read some of the artists that have participated before me, and they’re all artists I look up to. I’m definitely advancing my perspective in being associated with them and being part of the Art Walk.”

Broadway’s work has appeared in some of the country’s most respected art venues and at Fortune 500 companies, including PBS Television, FedEx, the Memphis Grizzlies, Major League Baseball, and the National Civil Rights Museum.

Broadway holds an undergraduate degree in art from Memphis University and is currently pursuing a master of fine arts degree at Belmont University in Nashville, where one of his main points of research is the plight of Black artists, and how the “gatekeepers and revolutionary artists” have overcome barriers to mainstream success.

One artist Broadway has studied is the late Aaron Douglas, who was known for his “integration of African art into African American art to help enhance Black pride.” He cites interdisciplinary artist Sanford Biggers, whose exhibitions include both domestic and international galleries, as a modern example and inspiration to younger Black artists looking to breakthrough in traditional art spaces.

“The main challenge for any Black artist is finding a way to integrate into those main channels where art is highly valued,” Broadway said. “Even today, there’s still a small percentage of artists working on a level of museums of the caliber of a Museum of Modern Art.”

Broadway said part of being successful, regardless of craft, is to find someone doing something similar, study them, and model a similar path. That advice influences his MFA research and is vitally important for Black artists, who, historically, have been underexposed, both in mainstream circles and in art program curricula, Broadway said. Displaying his work and participating in outreach and education events like the MLK Legacy Art Walk aids in that mission, he said.

“When I came out of school, I valued Picasso, Degas, Monet – those European inspired white artists – higher than myself because that’s where emphasis was placed during my education,” Broadway said. “That’s also one of the things I’ve found: a lot of people look at me as ‘the black artist,’ a category we get put in away from mainstream.

“In this day in age, it’s gotten better because things are exposed more now, but it’s important for me to make myself available and become more of an example to young artists who are trying to make it.”