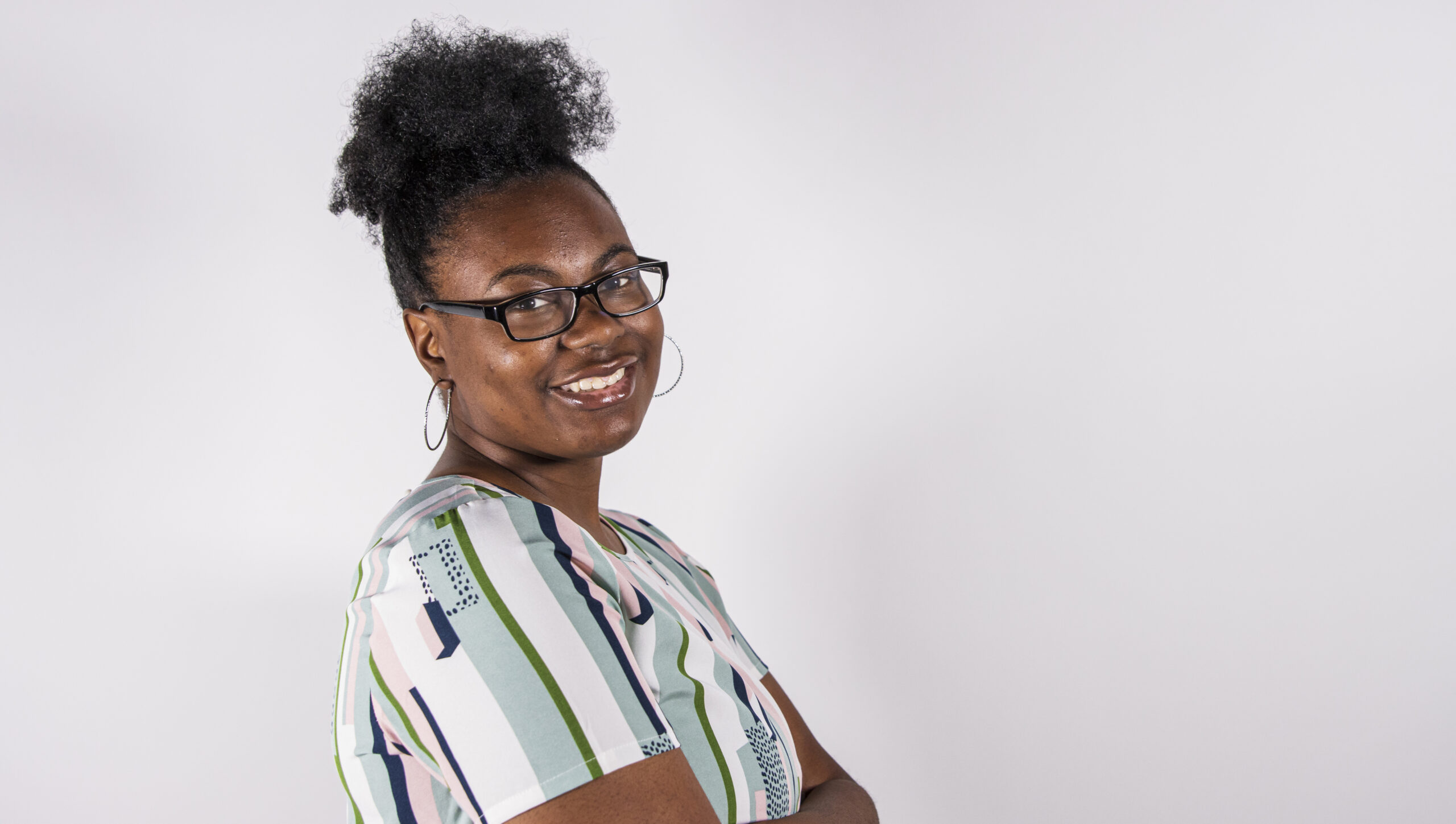 Valedictorian grateful for return to campus for senior year

Brittany Christopher sat in her childhood home, nearly 800 miles away from friends and making memories during what were supposed to be the “best four years of your life.”

The COVID-19 pandemic flipped the college experience for thousands of students nationwide, moving instruction to virtual platforms and pausing social activities and programming that made “the experience” we all covet.

There was no guarantee that Christopher, a psychology major at Stillman, would return to campus from her hometown of Detroit, Michigan; with each new wave of COVID came more uncertainty for the future.

But when Stillman re-opened for in-person instruction and activities for the 2021-22 academic year, Christopher made a promise to herself: maximize her senior year. That entailed working hard in the classroom, serving as a tutor with the Academic Success Center, engaging in more campus programs, and joining Alpha Kappa Alpha Sorority, Inc.

“This year kind of inspired a ‘wow, this is it … I need to live this up to the fullest,’” Christopher said.

Christopher’s vow to “make the most” of her senior year has been rewarded with the top honor in this year’s senior class: valedictorian. Christopher has finished her honors undergraduate career at Stillman with a 3.9 GPA.

“As a first-generation college student, I was very shocked and humbled when I found out [she’d been named valedictorian],” Christopher said. “I thought, with all the stress, there’s no way I would be valedictorian.

“It means a lot to my family and me.”

Christopher could “blend in” during high school. That can be either a perk or detriment. It was the latter for Christopher.

Integrated schools can reflect the diverse learning environments many champion in the United States, but Christopher didn’t get the immersive Black cultural experience she’d long desired.

That void was revealed further when, during her junior year of high school, she embarked on a Southern college tour to Spelman College, Morehouse College, Tuskegee University, Alabama A&M University, and Stillman College.

“With each campus visit, the culture and what I saw really inspired me,” she said. “I knew I’d be part of a unique legacy if I attended an HBCU.”

Christopher would choose Stillman, whose enrollment was lower than that of her high school and created a “homey vibe” where she would no longer be a face among the crowd. The “close community” was an important benchmark, she said.

She had some trepidation about moving to the Deep South, more than 10 hours from home. But, as a recipient of the Golden Ticket Scholarship – the highest academic scholarship offered at Stillman – her decision was sealed.

Ready to make a difference

Christopher hadn’t considered psychology as a major or potential career until her senior year at Canton High; she had an elective to fill and chose intro to psychology. An AP course in psychology followed before she graduated, solidifying her major at Stillman.

Her fascination with cognitive development and how people process their emotions would grow at Stillman, where she has been a member of the Psychology Club and Stillman’s chapter of Psi Chi, an international honors society in psychology.

“It was mostly the realization that this profession can truly help people,” Christopher said. “And realizing there’s a strong stigma against mental health care in the Black community, I’ve wanted to help remove the stigma and endorse being open about mental health. I want people to be honest with themselves and be OK with receiving mental health care.”

How that passion takes shape in the coming years is uncertain – but not for long. Christopher aims to pursue a graduate program in psychology or a medical school path to become a psychiatrist.

Coincidentally, Christopher is feeling the same “what’s next?” anxiety she hopes to one day help others through. She said faculty and staff like Tasha Washington, director of the Academic Success Center; Dr. Sandra Jemison, assistant professor of psychology; and Dr. Sonya Hutchinson, chair and associate professor of psychology, provide her consistent encouragement and reassurance when she feels overwhelmed.

“That support is really important for me,” Christopher said. “And it’s part of what I’ll miss about Stillman – the ability to grow and mature, and the opportunities I never thought I’d get.

“This was the HBCU experience.”