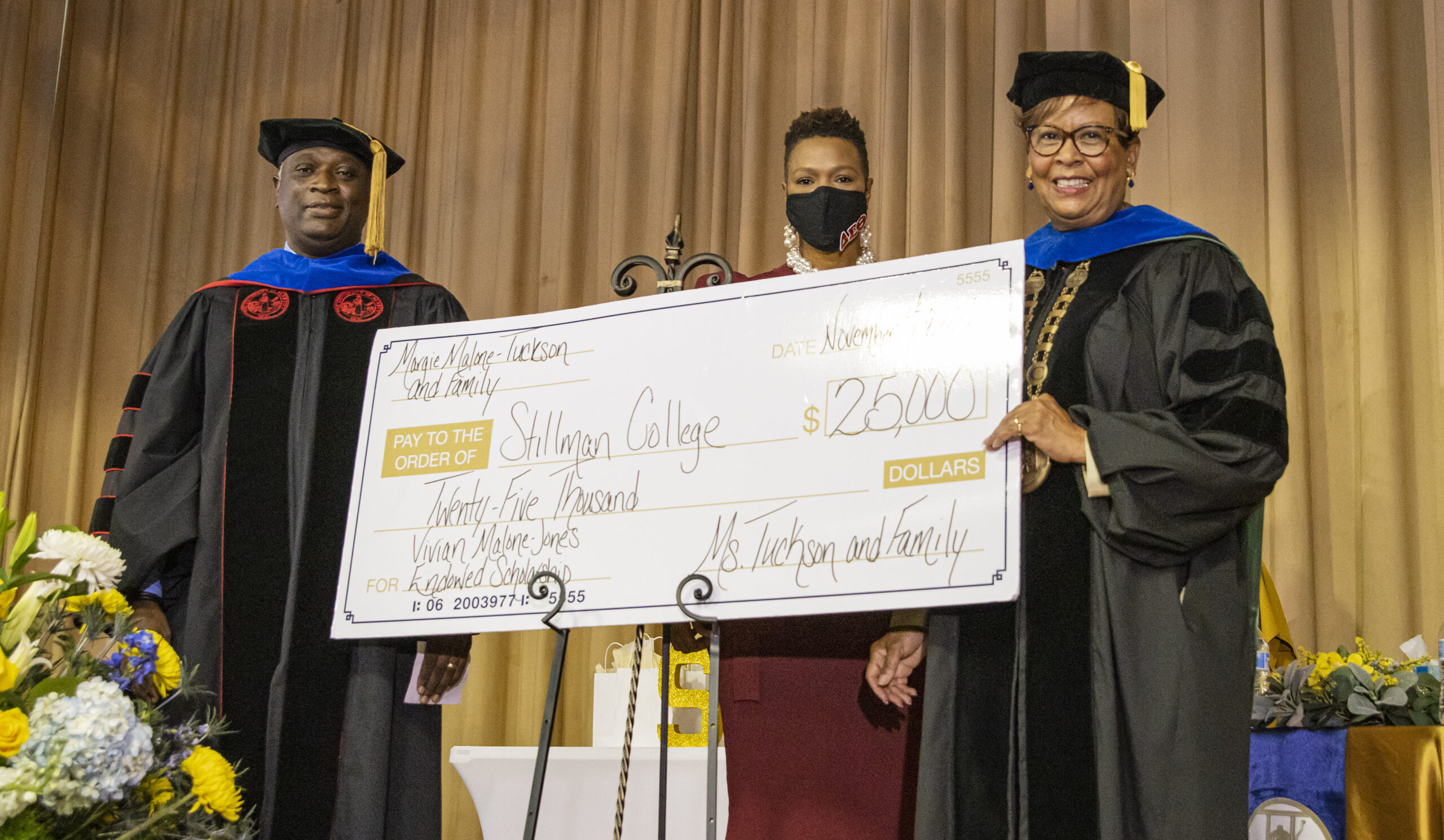 TUSCALOOSA, Ala. – Civil rights trailblazer Vivian Malone Jones, the first African-American to graduate at the University of Alabama, was honored posthumously Thursday at Stillman College for her career accomplishments and societal impact.

Malone Jones is one of 15 inductees for the 2021 class of “Alabama Female Firsts.” The honor, created in 2017 by Stillman College President Dr. Cynthia Warrick, celebrates the bold leadership and accomplishments of women in Alabama. This year’s class was recognized during Stillman College’s Founder’s Day Convocation Thursday on Stillman’s campus.

Malone Jones was one of the first two Black students to enroll at UA in 1963 after initially having their application rejected. After a federal judge ruled they could attend the university, Malone Jones was subject to death threats and was blocked by then-governor George Wallace in the infamous “Stand in the Schoolhouse Door” event.

Malone Jones would earn an undergraduate degree in business and would later become director of civil rights and urban affairs, and director of environmental justice for the U.S. Environmental Protection Agency before retiring in 1996. She passed away in 2005.

During the ceremony, Samory Pruitt, VP for community affairs at the University of Alabama and friend of Malone Jones’ family, announced the creation of an endowed scholarship fund in Malone Jones’ name and presented Stillman College with a check for $25,000.

“I am so honored to stand here today in [Malone Jones’] place for this award, but also to stand here on behalf of her family and present this check to create the Vivian Malone Jones Endowed Scholarship Fund at Stillman,” Pruitt said.

“To be uttered in the same sentence as Vivian Malone Jones is incredibly overwhelming,” Britt said. “The courage, the fight, the dignity and determination she had, along with faith in the good Lord to get up every day and push forward is inspiring. She, along with so many other women, have blazed trails for so many people behind them. People like me are getting to walk in the footsteps of giants because of that. So, to be a part of this with so many incredible women is incredibly humbling, but it’s also a reminder to get up every single day and make sure that we’re worthy of the company I’m in.”

Other inductees include (full bios and event program):

Warrick said society “hasn’t done a good job” of recognizing the accomplishments of female leaders and innovators, and Alabama Female Firsts shines a deserved light on successful women in the State of Alabama.

“As the first female president of Stillman College, it is important to recognize the numerous women leaders in our community and in Alabama who’ve made significant accomplishments,” Warrick said. “These women have had huge careers in various trailblazing sectors – higher education, law, politics, business and law enforcement – and deserve this recognition.”