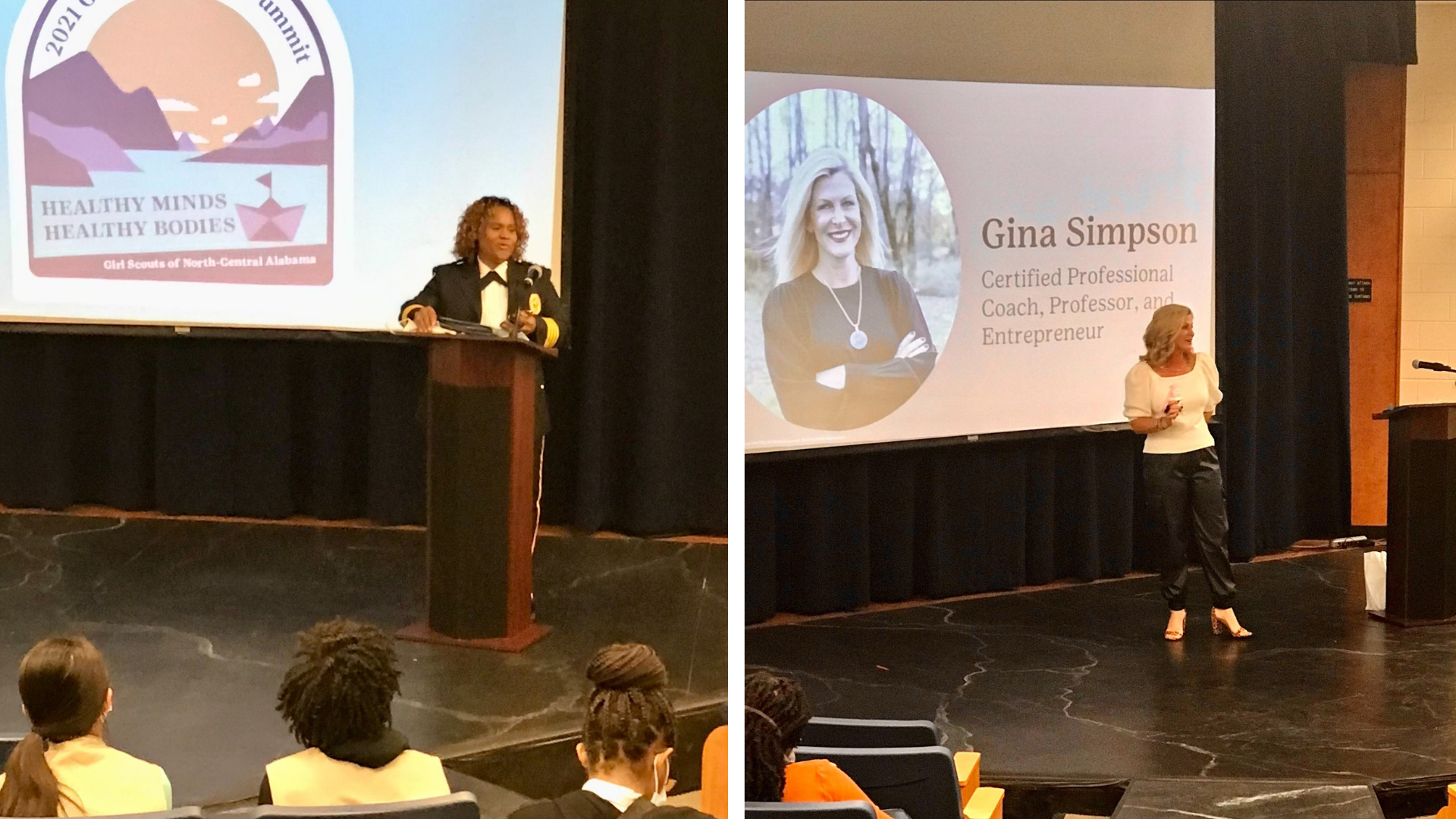 When Carla Longmire took the stage at the Girl Scouts of North-Central Alabama’s Mini Leadership Summit, she was motivated by both the opportunity and the responsibility.

Roughly 50 Girl Scouts from nine counties attended the day-long summit at Stillman on Dec. 11 and participated in a variety of activities and speaker sessions that tied to this year’s theme of “Healthy Minds, Healthy Bodies.” Longmire, chief of police at Stillman College, was one of four speakers at the Summit and emphasized the importance of internet safety for girls and young women, and how to become a leader in a typically male-dominated field.

Longmire said she was appreciative of the opportunity to share real-world wisdom with the Girl Scouts of the North Central-Alabama council, whose West Alabama Service Center is headquartered at Stillman College. She was proud to serve as ambassador for the college.

“I’m very passionate about young people and recognize their potential for the future,” Longmire said. “That’s a big reason I took this job at Stillman.”

The overall theme of Longmire’s talk was character, particularly in making the right decision, “even if it’s difficult or unpopular.”

Longmire discussed the prevalence of child trafficking and the proximity to Tuscaloosa, particularly the I-20 corridor, and how the Scouts can avoid online predators on popular social media sites. She also discussed the hand-gesture children can use to signal crisis situations while in public – an alert popularized by a TikTok video.

Longmire retired from the City of Mobile, where she worked in law enforcement at Mobile Regional Airport, before accepting the role as chief of police at Stillman. She said she’s grateful to share the challenges and triumphs of her career arc with the Girl Scouts, whom she said were “very surprised” to learn she leads a police force.

“That kind of energy and curiosity gave me even more energy to give back to them,” Longmire said. “I told them that I never thought I’d be in this particular capacity, but I worked hard to embody [Girl Scouts’] pillars of courage, honesty, morals and values.”

Other speakers at the Summit included:

The Summit was held at Stinson Mathematics and Science Building in the auditorium and classrooms for breakout sessions. Activities included mindfulness meditation and a craft session where Girl Scouts made “vision boards,” where they mapped out their goals for 2022.

Pugh-Gary is also hopeful to create more on-campus partnerships, similar to how they connected with Longmire at the beginning of the fall semester, shortly after moving into their office in the Hay Center.

“With our office being at Stillman, having that presence in Tuscaloosa opens up more opportunities in getting more girls involved in this area and surrounding areas,” she said. “And there’s a great volunteer base at Stillman, particularly with students. We’re excited about our partnership with Stillman.”