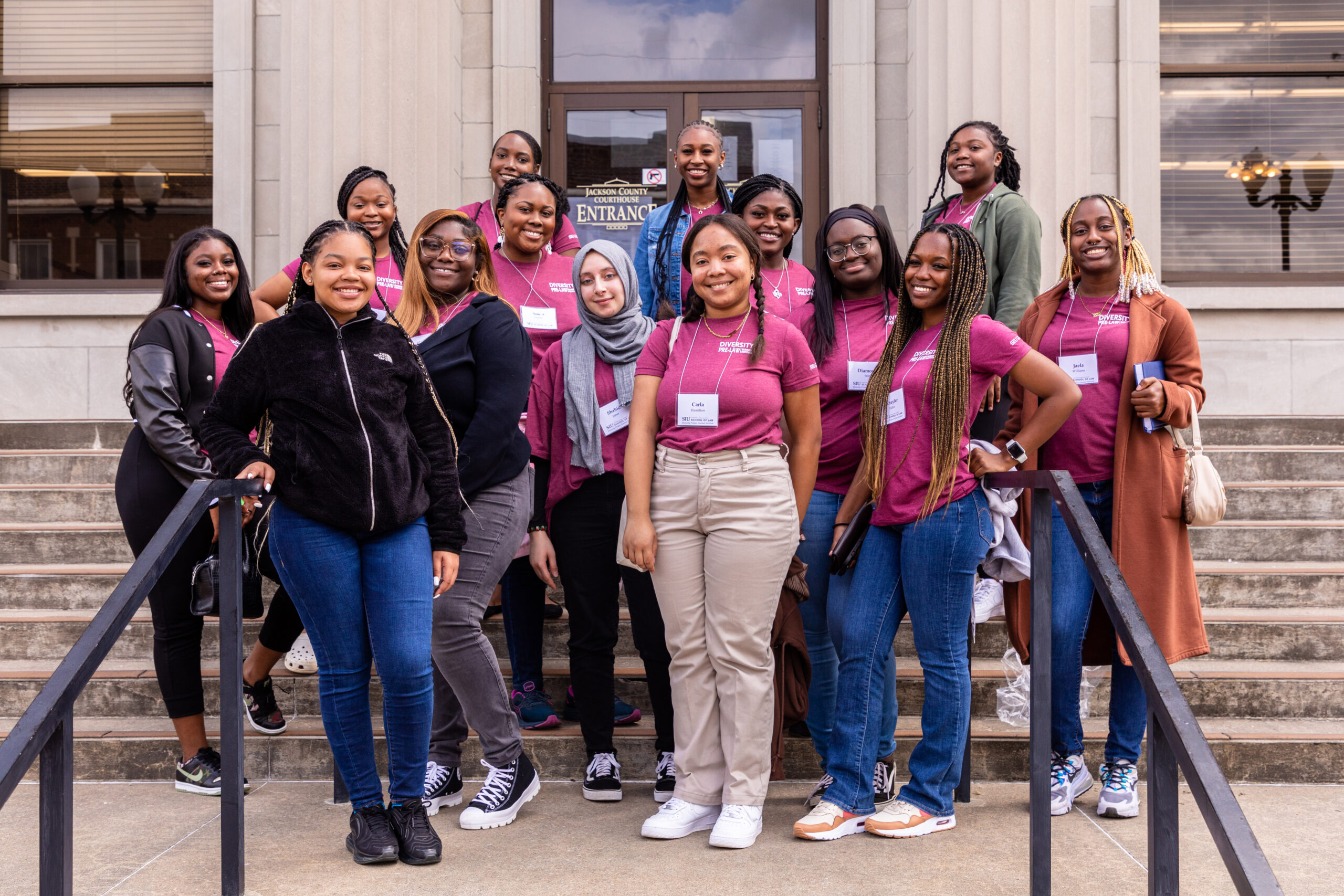 She, along with Stillman College classmates Jaela Williams and Sadae Fuller, sat patiently awaiting a debrief of their last week together. The trio and a dozen others were nearing completion of the first Southern Illinois University School of Law Diversity Prelaw Summer Institute in mid-May.

There, Camille Davidson, dean of SIU’s School of Law, addressed the cohort – all women of color – with encouraging words and “a parting gift.”

“I’m thinking the gift will be cup or a shirt,” Janae said. “Then (Davidson) mentioned the scholarship, and Sadae, Jaela and I are thinking it will be a couple hundred dollars.”

Janae knew a scholarship was forthcoming – she’d memorized the agendas and itineraries for each day of the institute – but details hadn’t been shared to that point.

So, when Davidson announced that each member of the cohort would receive a $25,000 scholarship to attend SIU’s School of Law, shock and excitement permeated throughout the room.

“It was crazy to hear,” Janae said. “It feels like I’m there already.”

“I thought, ‘no, this is not serious,’” Sadae said. “But it was a proud moment, and I felt like we accomplished something – even if [members of the cohort] didn’t feel that way, others did and saw something in us for the future.”

Janae, a rising 20-year-old senior criminal justice major from Detroit, Michigan, will complete her degree in May 2023 and had already planned to pursue law school. She said the scholarship to the SIU School of Law has solidified that path.

“The entire experience was motivating and empowering,” she said.

Members of the cohort must apply to SIU’s School of Law by 2024. Students must meet enrollment requirements and be admitted to the program to utilize the scholarships. The scholarship could increase depending on an applicant’s GPA and LSAT score, Williams said.

Stillman students’ participation in the Institute is a result of a memorandum of understanding between the two institutions signed in January.

A peek behind the curtain

While the trio were overwhelmed by the news of the scholarship, the week-long institute provided many immersive activities and experiential learning opportunities planned and implemented by SIU Law alumna Deidre Powell (’21).

Each of the Stillman students are criminal justice majors and are in the pre-law program at Stillman and were able to connect course material to the field.

The cohort learned of the many career opportunities in law, from family law and tax law to constitutional law and business law, and how to navigate the law school admissions process. They also briefed a mock court case and observed a pair of real court cases in Jackson County, Illinois.

“We sat in on Judge (Ralph) Bloodworth’s courtroom and learned a lot about the power judges have,” Williams said. “(Bloodworth) wanted to be fair in sentencings – he reduced some sentences and added probation and service to help acclimate people back with society. And that was eye opening that judges could consider that.”

These learning points would serve as a baseline to contextualize the more nuanced topics of the institute, where members of the cohort learned of the social and professional challenges unique to women of color and potential first-generation law school students.

According to the 2020 Report on Diversity in U.S. Law Firms, women of color account for 9.32% of lawyers in the country. Additionally, Black women and Latina women each continued to represent less than 1% of all partners in U.S. law firms. The report cites “systemic bias and prejudice” for slower growth of diversity relative to other fields, such as medicine.

The Institute’s programming aimed to address those barriers – and remove them. Fuller said they learned “the good, the bad and the ugly” about the legal profession.

“We spoke to a woman in a law firm who told us how sometimes, being a Black woman, people can look down on you because they think you don’t know as much,” Janae said. “Or how sometimes you want to challenge things, but ‘you must have thick skin.’

“It was tough for me to hear,” she added. “But they were telling us that, as Black people being in the law field, they form a strong community and bond to where they don’t view each other as competition, but as advisors and listeners. That was very refreshing to hear; it lifted a weight off my shoulders, knowing I can still have a great support system and still make it through and not let the distractions get to me.”

Janae, Sadae and Williams each have a unique motivation for pursuing law.

For Sadae, a rising senior from South Central Los Angeles, her exposure to law practice started with her grandmother, Susan Knight, who worked as a juvenile priors clerk in the LA District Attorney’s Office, where Sadae would tour courthouses and attend mock trials.

“I was exposed to juvenile cases, and these kids come from childhoods that they can’t predict for themselves,” said Sadae, who’s also minoring in psychology. “The grit and passion of public defenders to help these children reform inspired me to become a lawyer.”

Both Williams and Janae are inspired by the historical injustices against people of color, which have been illuminated during the social upheaval of the last several years.

“I want to ensure communities of color have the resources they need to thrive, and I understand some policies in place don’t do that,” Williams said. “I want to be in a space where I can change that narrative and those policies.”

For Janae, her desire to pursue a career in law is personal: “I’ve lost a lot of people to the criminal justice system,” she said.

With a pathway to SIU Carbondale and a newly shaped perspective, the trio enters the 2022-23 academic year looking to bolster their resumes and prepare for the LSAT. Sadae has already completed an internship in the public defender’s office in Tuscaloosa and is in line for an internship with the Tuscaloosa County District Attorney’s Office.

Janae will pursue similar internship opportunities when she returns to Tuscaloosa.

“My opinions and motivations of a career in law are more positive after participating in the institute,” Janae said. “I have confidence that I’m not alone in this in this pursuit.”

Williams, who’ll be a junior in the fall, is currently fulfilling an internship in environmental sustainability at Arizona State University.

Stillman students interested in in the pre-law program on campus or participating in future prelaw summer programming at SIU can email Dr. Gordon Govens, director of Stillman’s pre-law program.