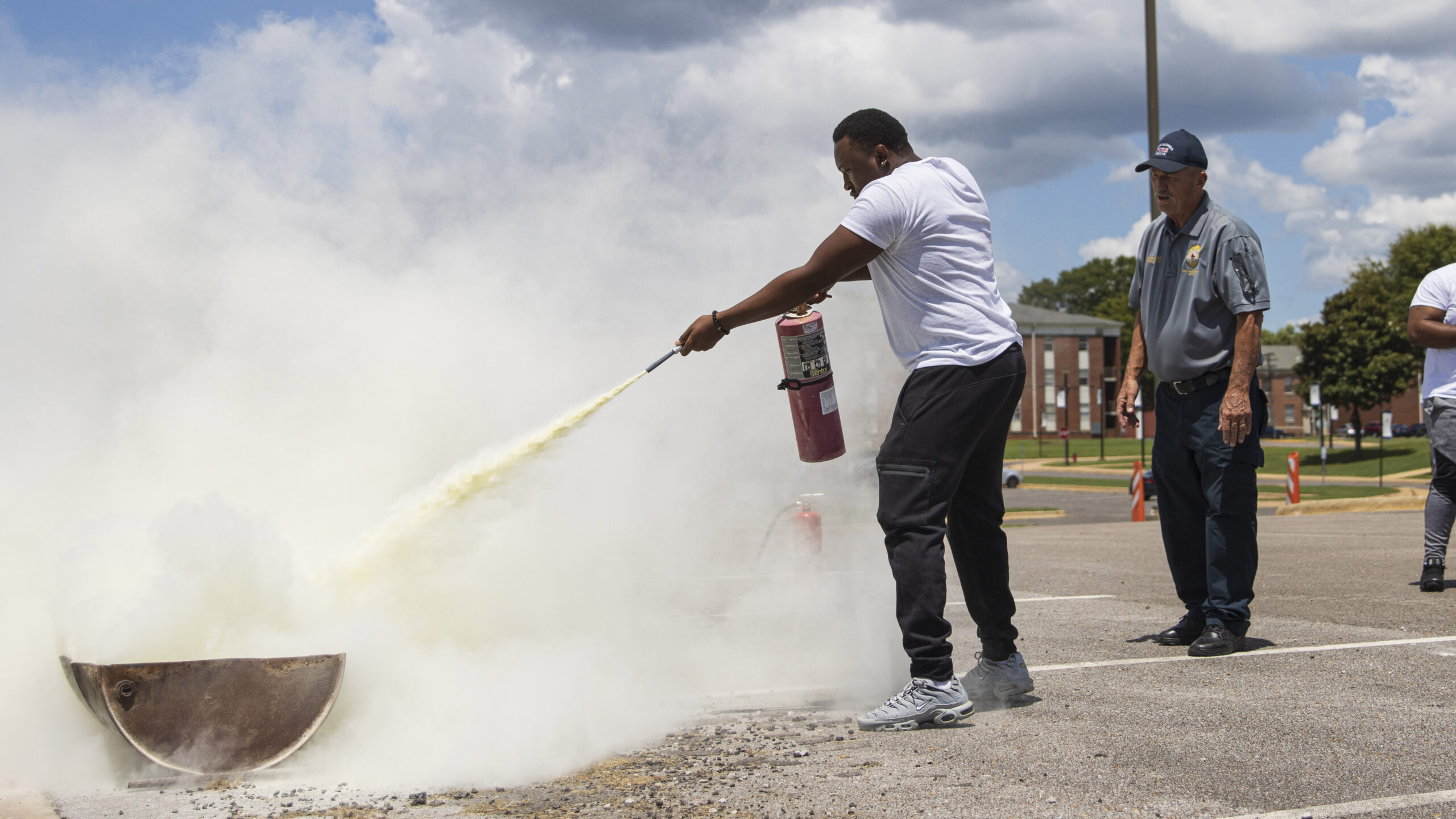 TUSCALOOSA, Ala. – Stillman’s Student Leader Safety Bootcamp had its third annual session at the beginning of August with the same goal: to teach student leaders how to deal with difficult situations that can arise on campus.

Phil Cunningham, executive director of facilities management and campus safety, leads this program and said it started for only one group of scholars.

Cunningham noted that Stillman President Dr. Cynthia Warrick, Marcus Kennedy – former dean of Student Life – and himself sat down a few years ago to establish training for resident assistants. They believed the RAs needed to know how to better assist different students.

During the following  summer, the RAs attended the first annual – originally named – “Cunningham Safety Bootcamp.” At this Bootcamp, they learned to do their jobs through models and training exercises.

“Then, the second year, Dean Kennedy wanted to add the rest of the student leaders like SGA (Student Government Association), CAB (Campus Activities Board) – different organizations that are a part of Student Life – and have them go to the training on some things they may need to know,” Cunningham said.

After adding the other organizations, it was even more critical to teach Title IX and how to handle difficult conversations. Cunningham said their final exam covered these two topics in skits for the students to show what they learned in the camp. One example of a lesson was talking to an angry student at registration.

This lesson resonated with one of the student leaders, senior band member Da’Jon Stoudemire, because it is more common than others, he said.

Stoudemire said Dr. Gordon Govens, vice president for Student Affairs at Stillman, taught him how to ask people to explain in more detail how they feel or what they mean before reacting to a statement – specifically a question. He continues to apply this practice in his fraternity, Phi Beta Sigma, and in every situation he encounters.

“When I do catch myself not applying them [these lessons], I take a step back and say, ‘OK, you could do this better because now you know better, (so) you do better,’” Stoudemire said.

He also shared that lessons were not his only takeaways from the camp. The structure of waking up at 8 a.m., having to be on time, and wearing a uniform made him a better student leader.

“(The structure) tested me on my patience, tested my ability to get things done,” Stoudemire said. “Even when I thought I couldn’t, (the camp) just tested me overall as a student and a leader.”

During the Bootcamp final exam this year, Bayliss said there was a skit about a student being touched inappropriately without their consent. Bootcamp participants went over the proper procedures such as reporting it to the RA.

He believes this lesson is important not only for campus life but for his future career.

“Since I’m a special ed major,  I want to make sure that I follow the proper procedures,” he said. “if I had clinicals at a school and a student reports something, that’s going to involve Title IX.”

Stoudemire, Bayliss, and 18 of their classmates have studied everything from diversity, anger management, mental health, professional development, fire safety, and even active shooter procedures. In addition to these lessons, Cunningham still seeks to improve the camp with new activities and leaders that “would seem to say ‘let me step up … and help the culture – at the school.’”