President Warrick to Retire in June 2023 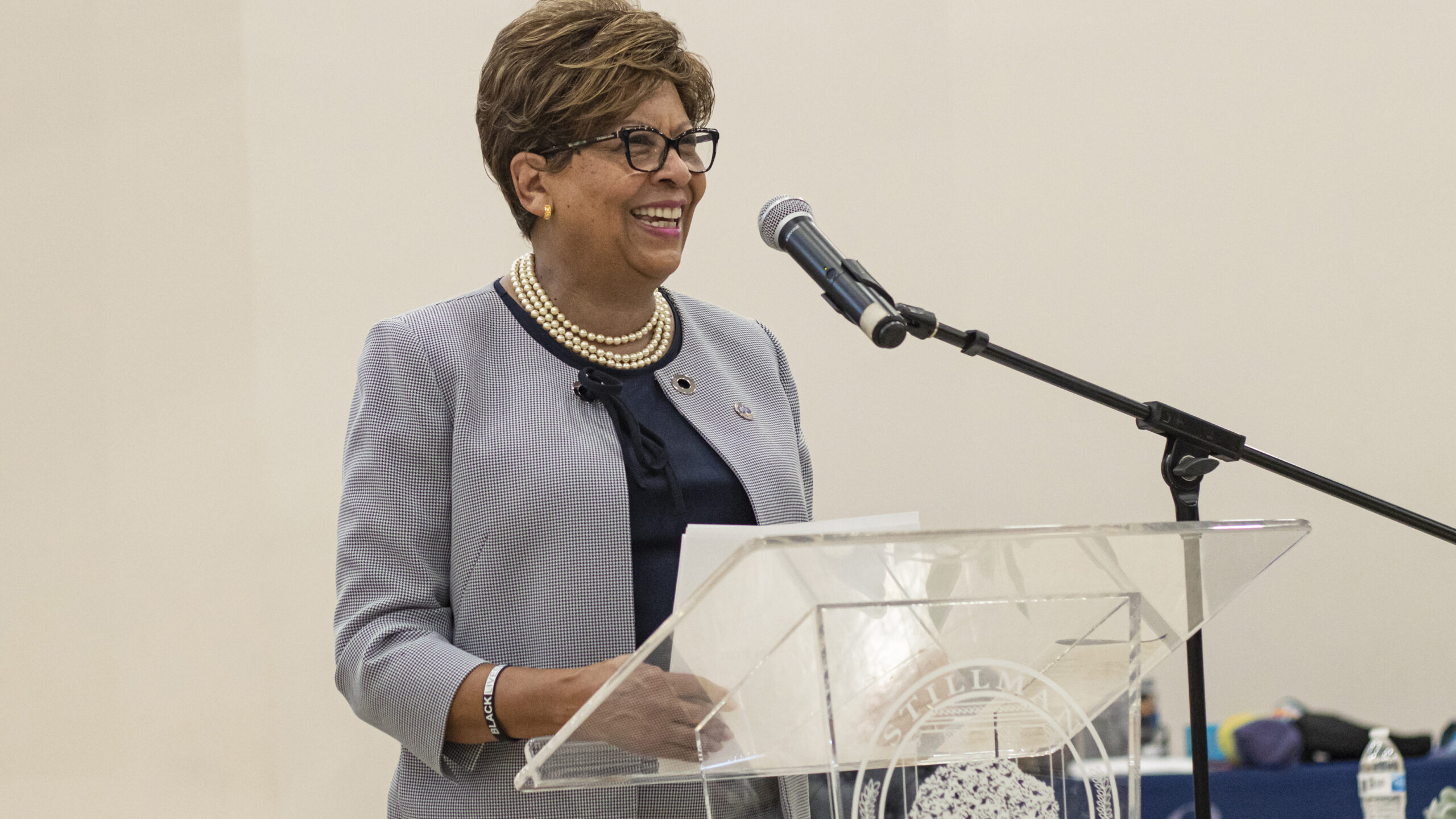 TUSCALOOSA, Ala. – Stillman College President Dr. Cynthia Warrick, the first woman to hold the position at the college, will retire from the presidency at the end of her current contract term on June 30, 2023.

Warrick announced her retirement at a news conference held on campus on Thursday, Sept. 8. Warrick said her time at Stillman has been incredibly rewarding, and she’s excited for the future of the college.

“Stillman is a special place and Tuscaloosa is a great college town. I will cherish the outpouring of support from the local community, the state, and the alumni that has contributed to the success that we have achieved during my tenure,” Warrick said. “Stillman is now at a place where a new president can build on the solid foundation of teaching, research, and community service that we have established in the past five years.”

Warrick was named the seventh president of Stillman College in April 2017 after four months as interim president. Her tenure at Stillman has seen the college grow, diversify its course offerings, and enhance its academic reputation nationally. Since 2017, Stillman has added multiple programs to re-shape its liberal arts profile and reflect growing trends in the workforce in the State of Alabama, such as business concentrations in data analytics, supply chain management, and cybersecurity, as well as new offerings in film and music industry. Since 2019, Stillman has been recognized each year as a “College of Distinction.”

Warrick has been a steadying presence and relentless force in critical areas for the college. Upon her arrival to campus, she was tasked with stabilizing the institution’s finances and academic standing, as well as enhancing its donor relationships. Her impact would be felt immediately – student enrollment increased 27% from Fall 2016 to Fall 2019, and the college had its largest incoming freshman class (231) since 2014. In 2020, the SACSCOC accreditation was reaffirmed for another 10 years without any recommendations or further action. Additionally, Warrick worked tirelessly to address the college’s debt, rallying presidents at more than 40 institutions with HBCU Capital Finance loans to work with policymakers and Congressional leadership, first for deferment, and in 2020, loan forgiveness, an effort that would result in Stillman eliminating $40 million from its books, making the college debt free.

Stillman’s business, government, and academic partnerships have also grown under Warrick’s leadership. During the past five years, Stillman grew grant funding and sponsored programs to more than $12.8 million dollars through the recruitment of research faculty and the development of MOUs with major research universities and community colleges, including the expansion of graduate school pathways with the existing 50-year partnership with the University of Alabama. Warrick also established summer research opportunities in biomedical sciences with Drexel University, the Salk Institute, and LaJolla Research Institute in Immunology. And, for the first time in its history, Stillman receives an annual appropriation from the State of Alabama Education Trust Fund.

“Dr. Warrick has been a significant part of the existence of Stillman College – her contributions are immeasurable,” said Donald Comer, chair of the Stillman College Board of Trustees. “The college has gone through some very rocky times, and she has been the anchor that has kept us on track. She has raised the brand of the institution and enhanced the college’s reputation.”

Stillman’s enhanced brand reputation is buoyed by a significant overhaul of its web site, logos, wordmarks, and digital footprint. Warrick has also strengthened Stillman’s historical connection to the Presbyterian Church USA and the West End Tuscaloosa community. She served on the boards of the United Negro College Fund, Association of Presbyterian Colleges and Universities, the Tuscaloosa Rotary Club & Foundation, the Tuscaloosa County Economic Development Agency, the West Alabama Chamber of Commerce, the Girl Scouts of North Central Alabama, and the United Way of West Alabama, among others.

“I marvel at what we’ve been able to accomplish in a short period of time with 70% of our students from Alabama,” Warrick said. “When I learned that Stillman graduates earned 36 doctorates between 2010 and 2020, making us number two for HBCU undergraduate institutions producing PhDs in the State of Alabama, it proves the value of a small HBCU contributing to the knowledge-based economy that is required today.”

Stillman’s Board of Trustees has initiated a national search for Warrick’s successor. The plans are to name a replacement for Warrick by the time she retires.